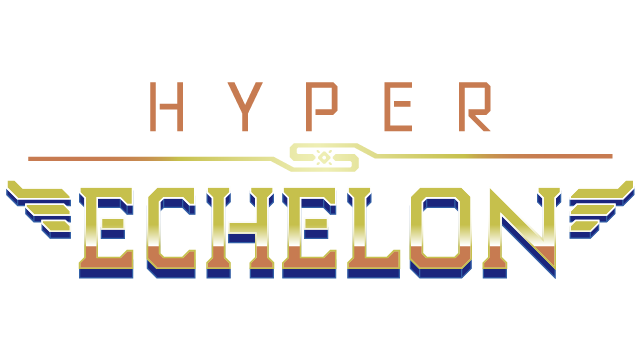 Hello friends! Here’s the review of a brilliant new vertical scrolling shoot-’em-up from GangoGames’ duo Markus Jost and Raymond Schlitter developed over the 5 past years taking inspiration from classic old-school arcade vertical shoot-’em-ups such as Raiden, Sky Soldiers, Bat Riders, 1943, and others! I still can feel my fingers aching from playing River Raid on Atari 2600!

You are hotshot rookie Airman Taz (or Suri), member of the Titan Squadron of the Royal Air Force, tasked to save Cyan Galaxy’s kingdom Gradus from EXODON forces that threaten it by flying a fighter spaceship. Comd. McCluster will send you (and your wingmen) across the galaxy where you will find and destroy EXODON forces and bosses! There’s plenty more story-wise but I won’t spoil it for you here!

The game is a true old-school vertical scrolling shoot-’em-up, where you get up against hordes of enemies before reaching a boss at the end of each mission. There are 3 gameplay modes – Missions (10 of them), Survival, and Boss Rush where you get to fight bosses only back to back.

Your spacecraft “Titan” is fully upgradable in the hangar of Starhulk – Kenny (your very own mechanic) will let you exchange Golden Parts for upgrades between the missions. You get to pick Golden Parts (GP) from destroyed enemies as the in-game currency to upgrade your ship’s Cannon, Laser, Drones, Armor, Radio, and special abilities (more on that later). Upgrades are essential for completing all of the missions’ objectives and for the harder difficulties – I couldn’t even complete the first mission without investing in upgrades for my Titan, so make sure you gather up all the Golden Parts enemies drop!

Plasma is also important. It is dropped from destroying plasma crystals or absorbed from Space Krakens (if you can stay close to them in the thick of the battle) – Plasma fuels the Titan’s special abilities (Cyclone Bomb, Shield, and Focus) and you can only store a limited amount (so you must tactically use the special abilities to save you from getting destroyed and failing the mission). Cyclone Bomb is a special AoE (area of effect) bomb that destroys any enemies (including enemy buildings) on your screen, Shields will shield (duh!) your ship against enemy attacks and Focus will slow time and enemies down to a crawl making them easier to target and destroy. Each use of a special ability consumes Plasma.

Not everything is destroyable though – some enemies are infected with a parasite that hardens their skin – You cannot destroy them, so make sure you avoid them and their attacks as you fly through the missions. Some other enemies have a yellow outline – this signifies that once they’re destroyed a special bonus will drop for you to grab – this includes Armor repair, extra Golden Parts, Speed, and increased Fire Rate – always make sure you grab this bonus as it is super useful.

To progress further into missions, you need to acquire medals from mission objectives such as “Defeat the Boss”, “Collect % of gold parts”, “Collect # of Plasma Containers”, “Destroy % of enemy forces” etc. – You can freely revisit missions for 100% objectives if you’re a completionist like I am. Clearing all targets will unlock the next difficulty of a level (of 4 available) so that helps with the replayability.

But you’re not alone in this! The story introduces you to wingmen you can use (such as Trex, a Tokagen after the first mission) that accompany you on your missions if you decide so and add a selection of abilities to the mix (which you can trigger at will). Be careful though, you need to maneuver them through the dangers as well if you want them to live long enough to help!

The enemies are varied, and along with the buildings and bosses, they offer a great challenge to outgun and maneuver around. The same goes for enemy attacks and alongside damaging abilities there are always abilities that will not damage you but make you more vulnerable – such as the slowing bubbles the enemies leave around on mission 2.

Bosses are well designed and challenging enough – you get a sense of accomplishment when you manage to defeat one!

All in all, the gameplay offers a bold experience for both newcomers and hardcore players with the different difficulty levels and the different game modes such as Survival offering long replayability – you just NEED to get back to the game to finish all the missions 100%!

The game features colorful pixel-art graphics with a great old-school style, which is very fitting to the genre. There’s a lot of detailing in the sprites and the worlds which tells a lot of the art direction! The animation is also fluid which all in all makes it satisfying to watch. Cinematics are atmospheric (all 10 missions have cinematics that advances the story as you go), and you can rewatch any of them in “Media”. On the auditory front, there’s a nice Electro Wave Synth soundtrack that is fitting to the style of the game while the sound effects are punchy and detailed.

The controls are very responsive, and you can maneuver your spaceship between the attacks very fluently whether you use a controller or the keyboard as the game offers you the choice.

Hyper Echelon is truly a work of passion, and GangoGames’ duo has crafted a winner with this. I really enjoyed playing this and I recommend this game if you’re into action shoot-’em-up games as this is a great example of the genre!

3 thoughts on “Hyper Echelon – a review”