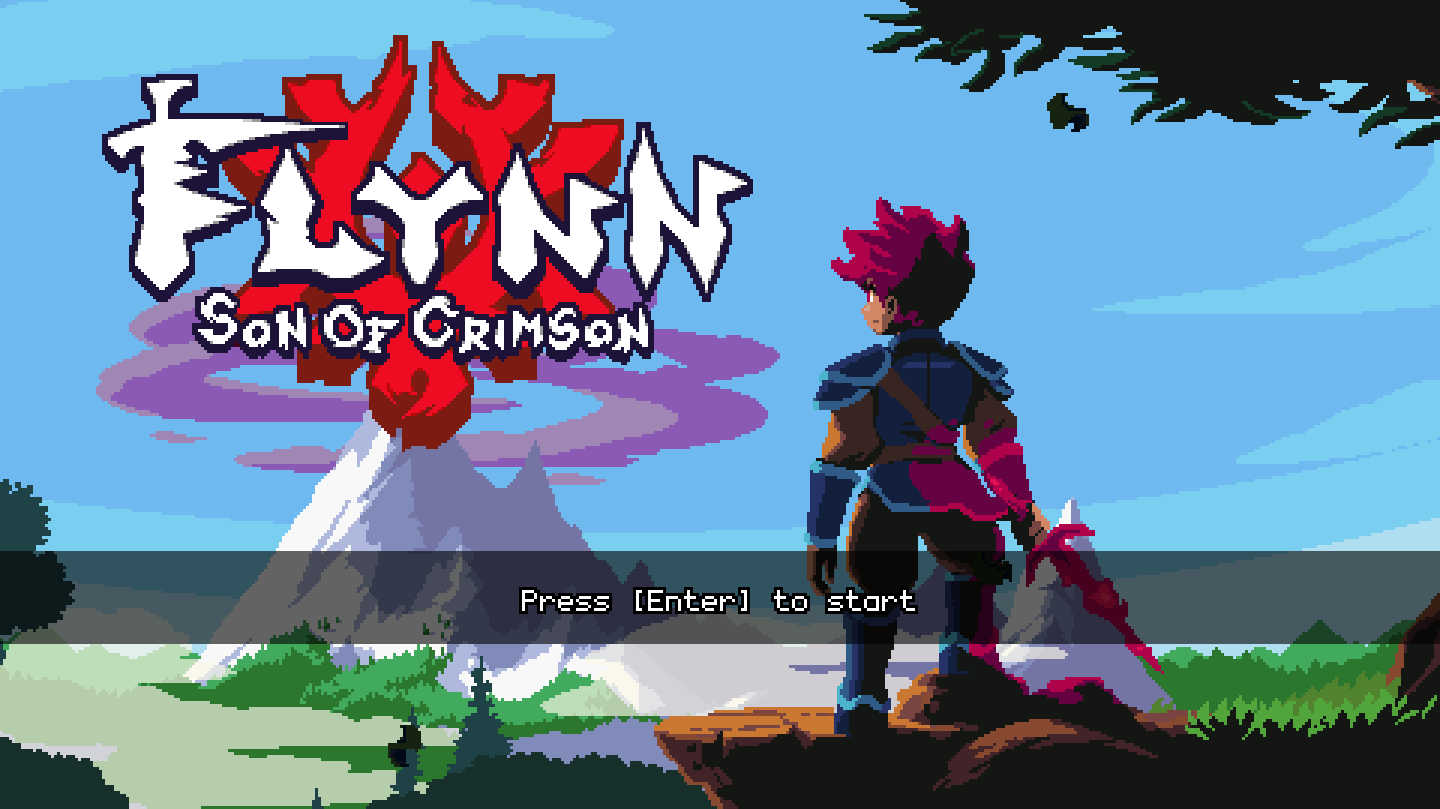 Hi, friends. Flynn: Son of Crimson is a fast-paced pixel art 2D action platformer with Metroidvania elements. The game was successfully crowdfunded on Kickstarter on October 24, 2017, raising over $63,000.

The game starts while Flynn a young boy and the game’s hero is taking a nap outside his home as he’s given the task to take his friend and loyal wingman Dex (a big dog) for her walk. In the meantime, players get introduced to various mechanics as Flynn uses his first weapon – a wooden sword!

After a while, players meet Flynn’s main antagonist – Rozia, which you get to fight early on and lose spectacularly (it’s scripted) – where you get to acquire your first real weapon, a Crimson Sword. Additionally, she drains the life force from Dex. So Flynn’s adventure begins to save his best friend. I won’t spoil any of the plot, but be prepared for some surprises along the way!

Gameplay-wise, Flynn: Son of Crimson is a linear side-scrolling platformer with puzzle and beat’ em-up elements. While jumping around platforms you will get to use combos to defeat your enemies as well as move boxes around to solve somewhat basic puzzles along the way – so you can open a door or access a set of stairs. After some time you will get to access a berserker mode that unleashes powerful attacks on groups of enemies. You will also be able to make use of ranged elemental attacks that will help Flynn solve puzzles and defeat enemies that are hard to melee.

During your travels to the game’s levels through the world map of Rosantica you will encounter several enemies and some interesting boss fights which will test your combat and platforming skills – they’re not particularly difficult to complete but they do add to the fun factor of the game.

Throughout your journeys, you will collect Crimson gems which can be exchanged with new skills at an NPC called Loretta at Sanctia (main village), or relics with Yombal for 1,000 gems.

Graphics are following the pixel-art style throughout the game, featuring gorgeous backgrounds and distinctly colored areas. The characters look nice and the controls are very responsive helping the overall platforming!

Music however is pleasant but nothing to write home about, as well as sound effects, are pretty standard.

The game offers a great combination of art, action, and gameplay and overall is a pleasant experience.