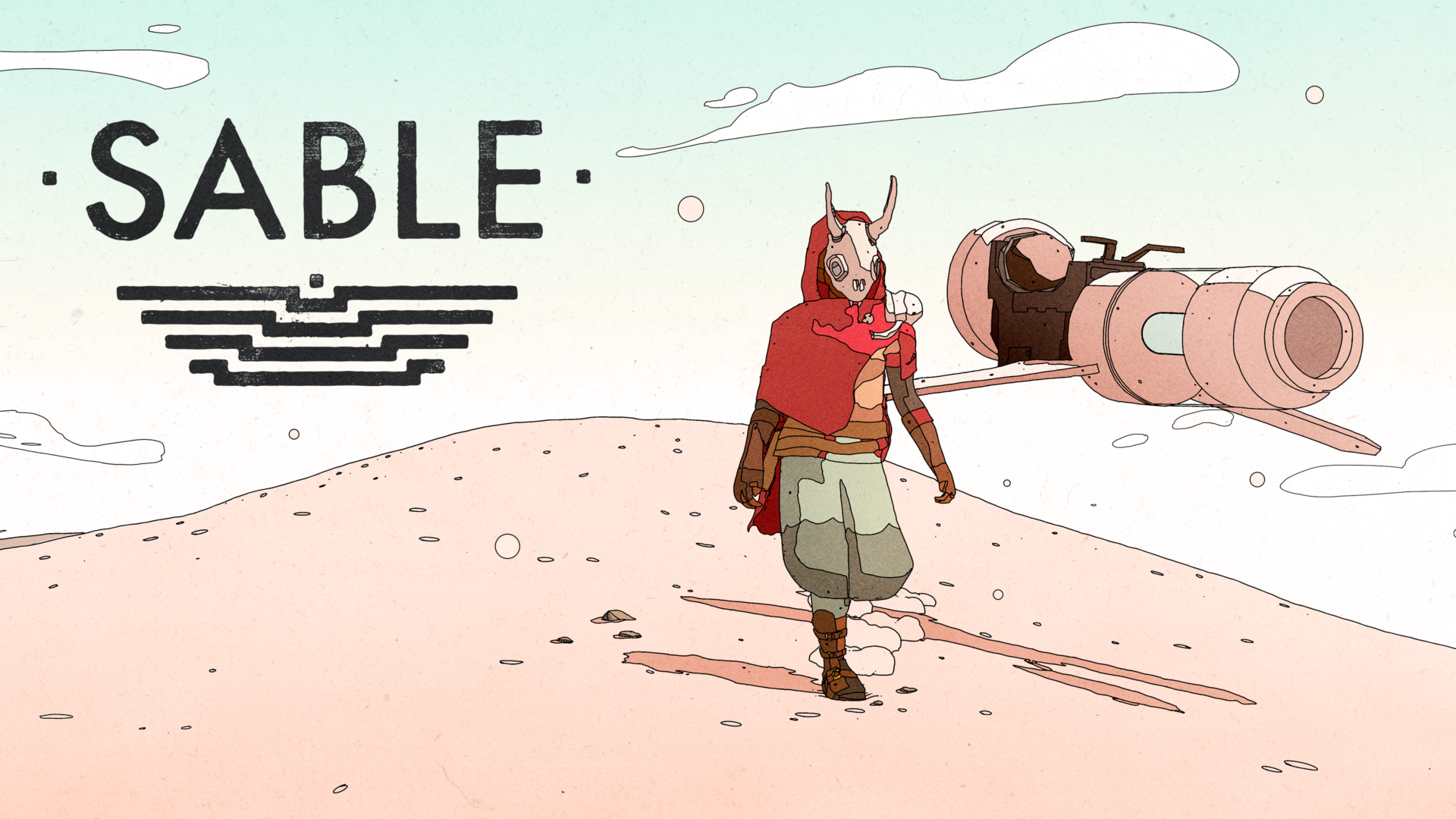 Few games can confirm this better than Sable – a title created by Shedworks’ duo in a shed: Gregorios Kythreotis and Daniel Fineberg drew inspiration from French and Belgian comic books and Japanese anime for their first game.

You play as Sable, a young girl in a strange alien world, who must leave her nomadic clan for a coming-of-age ceremony known as the Gliding. During the “Gliding”, Sable will explore the world of Midden and will learn the history and traditions of its inhabitants, all while driving a hoverbike.

Sable is described best as a 3D-platform open-world adventure, that consists of several small missions that you can do in any order that will turn into the path you forge yourself. During the first few minutes of gameplay, the player gets introduced to the “Gliding Stone” that gives Sable the ability to float through the air, adding a nice mechanic to tackle the game’s platforms.

The world might seem large and barren, but if you delve into it, you will discover many interesting characters to interact with and share information, tasks, and quests. It is through this exploration and meeting with the game’s characters that the world and story are unveiled to the player. There’s no combat in this game, and the challenge comes from an assortment of engaging puzzles to work through, complete, and get rewards from.

Masks play a large part in Sable’s story. By helping others with their requests and quest’s you will be rewarded with badges. Getting 3 badges of the same type, will get you a mask for that questline and they represent and define your place in society. Choosing which mask you wear has great importance (and shows what you have accomplished), and the game encourages you to try different types of them.

The glider you will use to explore around is called Simone and it’s not just a hoverbike – it’s a character, that you get to develop alongside Sable with many technical and cosmetic upgrades (similarly to what you had in Breath of the Wild with Epona (BotW’s horse). The glider consists of three parts: the chassis, the engine, and the wings. Upgrading each of those parts will affect speed, agility, and looks.

Another similarity with Breath of the Wild is that you too can explore pretty much any area on foot. Sable also has a stamina meter (that can be upgraded) allowing you to climb most objects and terrain in-game.

Controls are spot on. Exploring, driving, and climbing/slow falling feels natural, so the player focuses more on the actual gameplay than getting around clanky controls.

But let’s talk a bit about the drop-dead gorgeous art style. Sable is one of the most visually stunning games you will ever play – inspired by Studio Ghibli and Moebius it’s a true work of art and as you can see from the screenshots, they’re liney cel-shaded. The stunning visuals are accompanied by an excellent ambient-pop musical score from Japanese Breakfast (On Spotify) that fits the bill!

Sable is a serious contender for most “Best of 2021” end-of-the-year lists, and rightfully so. The open-world gameplay is engaging, the visuals and score are excellent, and the exploration of Midden is deeply fulfilling.