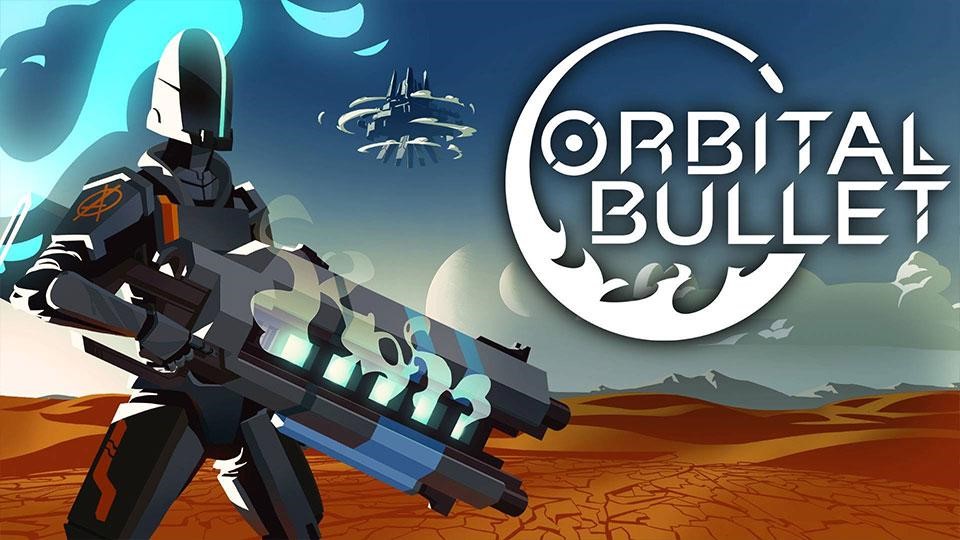 Hello friends. This is the review of “Orbital Bullet”, a fast-paced 360-degree rogue-lite action platformer developed by smokestab and published by assemble entertainment based in Germany. Let’s have a look at what innovations does this game brings to a crowded genre.

Following rogue-likes as a fan-favorite niche genre, you will always encounter games that add innovation and diverse mechanics to stand out. Some feature extensive skill sets and elaborate classes, some feature a great story and punishing enemies, and some add a twist that adds freshness! Some do it masterfully, while others fall short – this one gets its right if you can put your head “around” its innovative level design!

The twist of this game is its cylindrical levels – the 360-degree movement of every level that is circular like “an orbit”. Additionally, some levels allow switching lanes, to avoid getting hit or circumvent any objects that block your way! The cylindrical levels allow some diverse gameplay where you can shoot an enemy located behind you by shooting ahead of you since the bullets follow the circular motion and bend around the level! You will progress through these cylindrical rooms by destroying all enemies without dying in true rogue-lite fashion. Those mechanics make “Orbital Bullet” different from other rogue-lites, and the concept is fresh and cool.

Orbital Bullet’s levels consist of a variety of planets (5 at the moment but more to be added later). Every planet has random procedurally generated levels set in a tower-like structure. You get to fight every floor on your way to the top where you get the boss floor. You never know when you’ll get an enemy floor (most common) a shop (where you can buy perks, weapons, and medkits), or an “upgrade” floor till then though. To add to the replayability when you complete the 5 planets, you get access to the “overcharge” system where you can increase difficulty by adding modifiers.

Gameplay is solid and action-packed. You get to shoot, stomp and dodge your way around (pun intended) the levels and enemies and when you get the hang of it, it feels satisfying and rewarding. Different kinds of weapons (from a large variety allow for different gameplay styles, and powerful weapons will make enemies much easier to defeat.

Killing those said enemies gives you experience and credits in which you use to upgrade your skill tree, add, and enhance body modifications, and weaponry. Every run begins with 4 random skills you can invest points into and during the run, you will find consoles that add another row of 4 random skills. Additional to the skills, you also can get stackable perks – such as a percentage to stun or extra damage increase. Perks can be found in boxes, chests, or bought in the upgrade shops using credits you get by killing enemies.

Dying in Orbital Bullet does not mean you start again from scratch though. During your runs, you collect nanobytes, weapon blueprints, and weapon parts. When you get to die, the game puts you back in the hub where you get shown a different permanent skill tree with upgrades that improve weapons, health, and survivability, and lastly economy where you can lower prices of items on merchants and increase credit gains.

You can also use the weapon rack in the hub. On the weapons rack, you get to see the weapon blueprints and parts you collected in your runs to create new weapons or increase the level of existing weapons.

The hub also gives you access to the missions (which are basically achievements), missions that when you complete grant you upgrade points. Getting your first upgrade point will unlock 4 classes. The Mercenary, the Hellion, the Engineer, and finally the Marauder. Each class has its own set of upgrade trees, special ability items and class-only skills for the dynamic skill tree. Classes themselves also have three upgrades but you will need to get specific missions to receive the items you need to complete the set.

The game graphics consist of low poly pixel artwork and they’re quite nice and fitting to the gameplay – animation is also very good, and the enemies and bosses are designed really well. The graphics are distinct and clear, and the style is very nice.  The UI on the other hand is still bare-bones, but it does the job, and the controls are pretty clear and intuitive – a controller is recommended though to experience this better, keyboard/mouse works too if somewhat harder. On the audio front now, music is a pounding outrun-y new retro wave style electronica composed by Niilo Takalainen & Juha Korpelainen, – reminds me of the awesome soundtrack of Ghostrunner and as pitched by the developers “If you die a lot, at least you can listen to some catchy tunes.” which is very true!

With the game still being in Early Access, some features are to be added in future updates. A welcome addition would be a world-building system that would allow the player to make his own cylindrical worlds/levels, and I think that would greatly add to the longevity of the title. Story-wise the game does not give you many details on who you are or why you get to confront your enemies, but I believe the developers will flesh this out appropriately as it would be nice for the player to have a sense of purpose in this. Only recently, the developers updated the game with a “Holiday Season” update which added more levels, a new mode (Endless mode), 4 new weapons, and many cosmetics – so this confirms that the game is still getting worked on and more additions are planned for the near future.

Developers have such a great game already, a solid foundation of a cool concept, and a refreshing take on the genre to build upon during the early access. The game is addictive and fun, adding innovative mechanics and great variety to come back for more! I definitely recommend this game to fans of the genre that look for something different, and with the future additions they have planned I believe this will get even better!