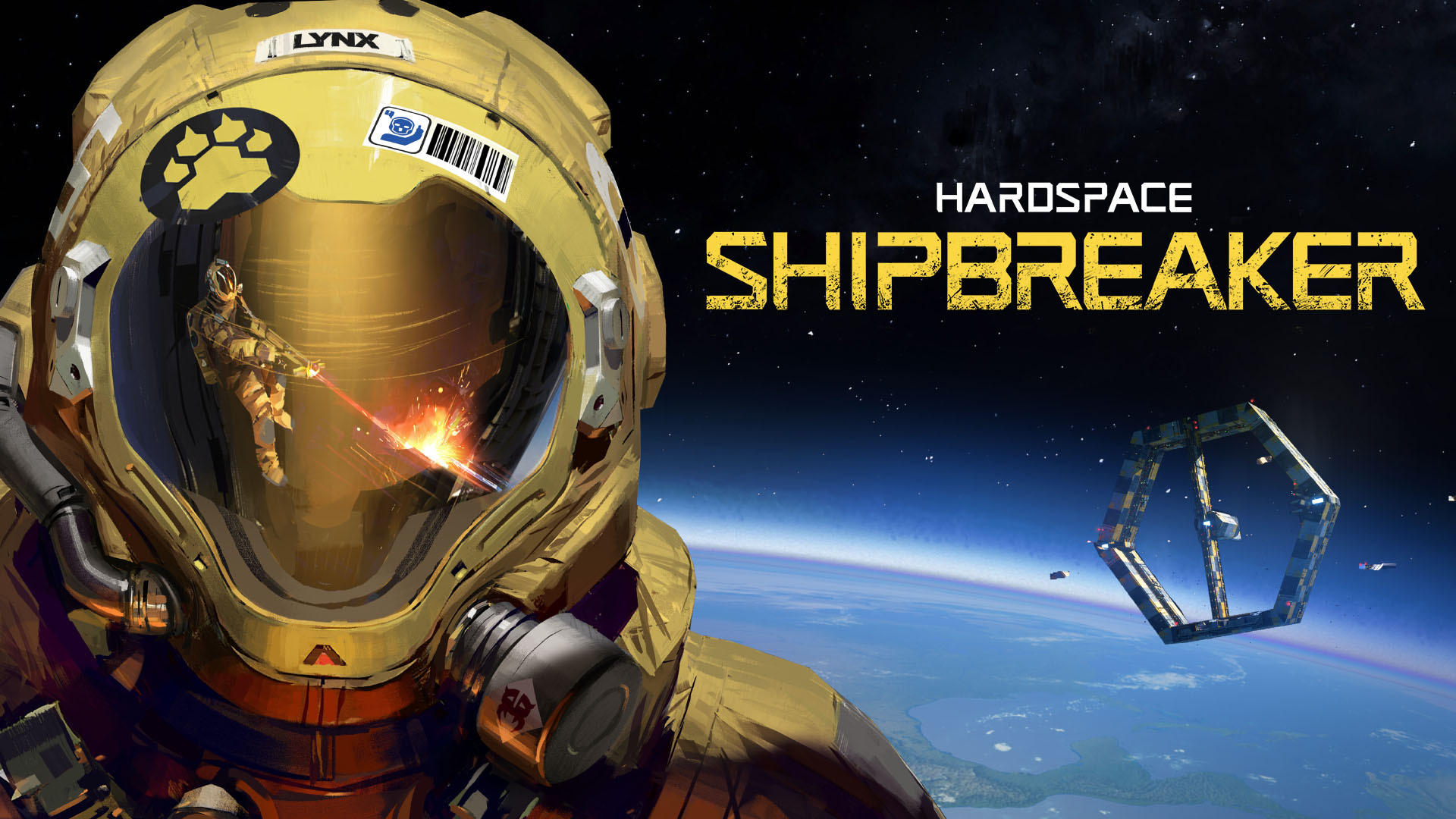 Hello friends. Today we review the physics puzzle game Hardspace: Shipbreaker, a game set in a dystopian future where you need to cut through ships to pay off your debts! Coming from developers Blackbird Interactive and published by Focus Home Interactive.

The story takes place in the future, a dystopian universe where your bills are accumulating and credit transfers are declined so you only got one option – ship cutting your way out of this mess. As you apply to be a cutter to LYNX, you will be presented with a hefty list of statements to agree with – the corp has to be safe from any liabilities and also has to be sure you vote for the correct Chancellor – which adds to the dystopian feeling of the world.

After you enroll yourself in the Everwork asset replacement program where your genetic sequence is getting backup-ed and your original body destroyed (of course with another extra fee) – allowing restoration of yourself in case of death, your shift will begin.

Congratulations, you’re part of the Lynx family! You’re now a shipbreaker, citizen LF-291180S. You break ships to salvageable parts so you can pay off your billions of credits debt! So your main mission is to begin cutting the ships open, and salvage as much as possible of those valuable items while avoiding unprofitable death.

During the training, you’ll be presented with all the tools and ways to cut through the ships to salvage the most previous materials trying to shave off that debt of yours – tools such as modular cutting torches, gravitational tethers, and a grappling gun. Using your HUD scanner you will highlight entry points, which material goes to which “bin” and how to disconnect all the needed parts. Using your grapple tool, you pick up the disconnected components and push, pull or “kick” them to the designated bin to acquire the fee depending on the material and rarity. Aluminum goes the furnace, and other objects to the “Processor” so make sure you cut them down to the absolute minimum and avoid sending items down to the wrong “bin”. Also remember, don’t get too close to the bins as you will get sucked in and lose a life.

Another way to die is if you don’t keep an eye out of the cutter temperature, as if the cutter overheats you will catch fire – which might not be a good idea near fuel tanks and other flammable materials.

It is pretty hard to accomplish salvaging 100% of all parts, but it is doable if you pay attention to the different materials and how they interconnect as well as to what “bin” you throw them into.

There are 4 different modes to play this game: Open Shift, Standard, Limited, and “No Revival”, and 8 different difficulty “Hazard” levels:

Essentially, this game is a sandbox physics puzzle game in zero gravity – dressed with a nice dystopian story- where you feel real satisfaction on every successful salvage as the puzzle aspects are well designed and thought out. Each ship type (and every variant of them) is a procedurally generated giant jigsaw puzzle that you have to take apart piece by piece avoiding hazards and maximizing profit. Ships include Mackerels, Atlas, Javelins, and Geckos (with the random addition of a “Ghost Ship” modifier in each) at the moment of writing this review, but more are planned to be added later on.

At the end of your shift, you will need to get back in your Habitation Module or “Hab” and there you’ll see the Salvage Summary, the Certification Review (your career progression), and all your earnings during the shift. The certification system allows you to gain access to more tools, upgrades, ships, and hazards levels as you level up from level 1 to all the way up to 30 – Grandmaster Shipbreaker. This progression system allows you to upgrade your tools and unlocks new perks as you progress further, giving you the chance to take on harder contracts and bigger ships to dismantle.

Based on the Unity engine the graphics of this game are very nice – ships and parts all have a distinct graphic and even the scale between you, the parts, and the ships are spot on. Really makes you feel like you’re in the ship and how enormous they get to be.

The sounds include realistic effects for all the tools and different materials, while the soundtrack is a smooth Americana/Banjo style that blends nicely with the gameplay.

Control-wise a mouse/keyboard combination will bring better results, as you need to constantly move in, out, and around the ships using the below keybinds:

with more added as you go along, so pretty standard keybinds. You’ll feel right at home if you’ve played any modern FPS.

During the writing of this article, the developer announced the transition from Early Access to the Full release here which adds a new Campaign act (Act 3), the often player-requested feature of “Ship Saving” allowing you to save progress on a ship, progression tuning, Steam achievements if that’s your thing and tons of bug fixes!

The game is highly recommended to anyone that like to tinker and take things apart as well as anyone that enjoys a chill experience and a nice puzzle while listening to a podcast or listening to some music (in open shift mode).

2 thoughts on “Hardspace: Shipbreaker – a review”